Kratom What is It? The Most Asked Question

Kratom What is It? The Most Asked Question

No need to look anywhere as Kratom-K offers a wide range of Kratom strains exhibiting different Kratom colors. You can buy in bulk and get more discounts on your orders.

Before you buy Kratom for the first time, you should know its whereabouts. In fact, it’s an interesting topic for the botanist and people intriguing enough to know: Kratom-what is it?

So, let’s dive into the world of herbs and find the answer to ‘Kratom what is it?’ 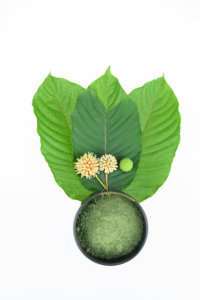 Mitragyna speciosa is commonly known as ‘Kratom,’ and natives have given it different names. One such name is ‘Biak’. Mirtagyna speciosa tree is found in Southeast Asia. Many countries fall in this region, but from Kratom growth, there is a limited number of countries, including:

These countries are rich in Kratom and exhibit a large number of Kratom strains that are quite popular in the United States and European countries.

Mitragyna Speciosa tree needs a hot and humid climate to grow and thrive. Moreover, the soil should be rich in nutrients. While many places in the Southeast Asian region have these characteristics, Kratom grows mostly in the dense forests, including

While one can grow Kratom using similar conditions, but artificial conditions don’t yield the same concentration.

A Kratom tree needs high rainfall and hot temperatures to survive. With the proper setup provided by these jungles, it produces leaves throughout the year. This is why Kratom harvesters are able to come up with different Kratom colors and strains.

The names of the Kratom strains tell their own story. There are Kratom strains representing their countries, place of birth, leaf type, or concentration, hence different names, such as:

Kratom leaf has veins that change colors. When the leaf is young, the vein is green. As it grows further, the vein gradually turns white. Upon reaching the final growth stage, the vein turns dark red.

The Most Popular Herb

While there are many, such as herbal tea or coffee, but Kratom is quickly gaining popularity around the world. This is the reason why Kratom-legal states have been increasing in the US. Not only in the US, but Kratom has also been legalized in many European countries.

The reason why Kratom is so popular is due to its alkaloids. According to research, on average, a Kratom leaf consists of 40 alkaloids. These alkaloids are present in the highest concentration in Kratom than anywhere else.

This alkaloid concentration is a major reason that has made this herb a controversial item. Since its introduction in the commercial market, Kratom has been receiving hostility from different ni