Nowadays, it is not uncommon for Kratom to make rounds on the internet and news channels. It one of the few herbs that have gained nation-wide attention and news coverage. Kratom news today revolves around several topics including legality, new stores, and a lot more.

The Kratom world is very vast. And hence, for people who have just newly entered it, there is a lot to discover. We, at Kratom-K, understand that new kratom buyers often need a lot of guidance.

Since the internet is full of unauthentic sources, we take it on ourselves to provide the most authentic and updated information in our kratom blog.

Here, you can find all the latest kratom news, reviews, information about strains, and a lot more.

Where Can You Read the Latest Kratom News? 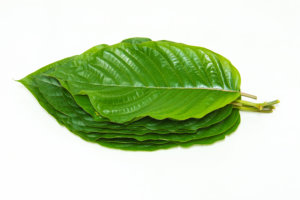 As mentioned earlier, the internet is full of kratom resources. However, all kratom blogs and news websites are not reliable. Many of these are run by organizations and big corporations that want to put a ban on Kratom. Hence, a lot of misinformation exists on the internet and new Kratom buyers should not believe everything that they read on the internet.

But fortunately, many authentic sources also exist. Take the example of the American Kratom Association blog. The American Kratom Association is a non-profit organization that works for the betterment of the Kratom Community. This organization regularly advocates for Kratom and has played a key role in increasing its accessibility in many regions of the United States.

Apart from advocacy, the organization also does authentic reporting on the Kratom herb on its blog. Here, you can find the most authentic kratom news today that is not just unbiased, but also concise.

Latest Advances in The Kratom World

Since Mitragyna Speciosa has been the center of interest for many researchers and scientists, laboratories all over the world are experimenting with it. And hence, they often find new information regarding Kratom.

This includes new strains, new methods of producing Kratom, classifications of Kratom, and a lot more. For instance, strains like Bentuangie Kratom are a result of repeated experiments that involve a lot of hits and trials. You may not find such technical discoveries in Kratom news. However, scientific journals often publish articles that cover such information.

According to the latest kratom news, the American Kratom Association formed partnerships with a number of advocacy partners. On a national level, the partners include Happy Hippo Herbals, Njoy’s Kratom, Golden Monk Kratom, K-Chill Kratom, and OPMS Kratom.

Similarly, AKA also announced some state partners that include Hush Kratom, SK Kratom, and BotanaWay in Oregon, Ohio, and Tennessee, respectively. Similarly, in the state of Utah, First Coast Tea Co, Krato