Are you wondering about the sudden Kratom high demand and why everyone has started to talk about this botanical herb? Well, there is no surprise, as Kratom now gradually makes to a popular option among many herb enthusiasts.

Out of many herbs available in the US, Kratom is trending nowadays and for all the right reasons. This unique herb comes in many forms, usually known as Kratom strains, and different product categories, like powder, capsule, extract, and liquid form, offering you more options than any other herb in the world.

Still, wondering what is behind such Kratom high demand? Let’s find some answers. 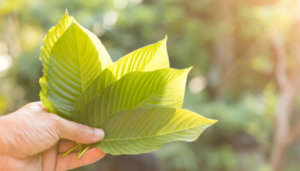 Kratom is a herb sourced from a tropical tree, also known as Mitragyna Speciosa, found naturally and abundantly only in Southeast Asia. 95% of all Kratom imported into the US come from Indonesia alone due to its popular plant strains.

However, other sources of Kratom also include Thailand, Malaysia, and Vietnam. In fact, Kratom remained an essential part of rural culture in Southeast Asia for hundreds of years. The herb was first discovered by the Dutch botanist during the late 18th century but remained unknown for a long time after that as well.

It was only the last few decades that the herb was introduced to western countries like the US. In the last few years, online stores also played a key role in the Kratom high demand of Kratom as buyers’ access became easier and easier.

Today, the US is the largest importer of Kratom in the world, importing more than one-fourth of the total imports from Southeast 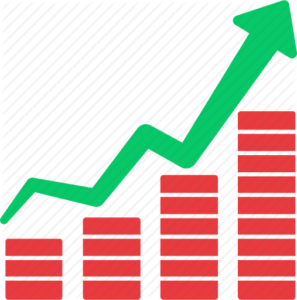 Kratom is a relatively new herb, introduced to the Western world including the US only in the last few decades. However, there is certainly a Kratom high demand in the last few years, and there are numbers and facts to back up this claim.

For example, Kratom imports to the US are now in hundreds of millions of dollars.

Second, there are more than 33 million searches in the US on Google this year. In comparison, there were only 2 million searches back in 2012. This can give you an idea about the sharp rise and increase in Kratom high demand in the US.

Today, many popular brands are offering a variety of Kratom products to its enthusiasts like OPMS, a local brand that sells products through mortar and brick stores. When it comes to online options, there are quality vendors like Kratom K, catering to the increase in demand.

In addition, the high demand for Kratom in the US also has a global impact. For example, it helps thousands of poor farmers back in Southeast Asia and provides financial assistance to rural areas.

Second, with the rise in Kratom demand, more and more Indonesia farmers are switching from palm oil cultivation to Kratom tree plantation. In return, this is adding to the forest area as Kratom in part of natural rainforests and Indonesian jungles.

Where to Buy Kratom in the US?

Even though there is Kratom high demand, finding an authentic source to buy quality Kratom is still a challenge. When you can probably find hundreds of online Kratom vendors, not all offer you authentic and quality Kratom products.

Even when Kratom is available in some local stores and gas stations near you, provided it is not banned in the state you live in, online stores remained the most popular option.

This is mostly because of the convenience online orders offer. Second, most online vendors like Kratom-K are direct importers, with links to some of the best Kratom farms back in Southeast Asia. As these online vendors only sell Kratom, they have more knowledge of the product and strains.

For example, you can find more than a dozen Kratom strains on Kratom Source USA, available in different vein colors. Similarly, most strains are available in Kratom powder and Kratom capsules.

The Kratom high demand is driving the economy in the US as well as in Southeast Asian countries like Indonesia. The rise in demand also has an environmental impact as it’s a better and an eco-friendly alternative to palm oil.

There are hundreds of new online stores in the US that are offering dozens of strains to cater for the Kratom high demand. While in Indonesia, more and more villagers are shifting from palm oil plantation to Kratom farms.

All in all, Kratom is making a buzz in the US, with more than 5 million and increasing buyers. To learn more about this unique herb, subscribe to our Kratom blog.