Kratom Benefit to the Local Economy

Kratom Benefit to the Local Economy

As the number of Kratom buyers is increasing day by day, so are the Kratom Benefits and its effects on the economy. According to the American Kratom Association study conducted in 2015, there are more than five million Kratom enthusiasts in the US. This number is estimated to have increased significantly by now.

There is no doubt that Kratom is getting popular in the US and impacts the economy and businesses associated with its trade and farming. Here is an interesting fact. In the US, Kratom related terms were searched on Google for 2 million times in 2012. Now, the number of yearly searches has increased to more than 33 million.

This shows that the demand for Kratom is growing exponentially in the US, as well as in some European countries. However, are there any Kratom benefits of this rising demand for the economies?

You will find all the answers to this interesting question in the article.

To understand Kratom’s global impact, you first need to understand the origin of Kratom and the global Kratom trade. Kratom tree, from where the herb is sourced, only grows in Southeast Asian countries, like Indonesia and Malaysia.

However, Indonesia leads the Kratom trade in the world, with almost 95% of the global Kratom produced in Indonesia. Most Kratom strains also come from Indonesia, like: 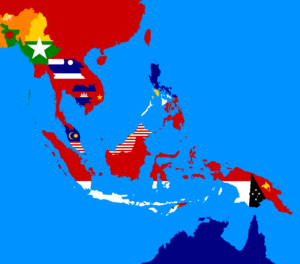 Similarly, the US is the major importer of Kratom from Indonesia. In fact, the US imports make more than one-fourth of the total Kratom produced in the world. As the demand grows in the US and dollars flowing back to rural Indonesia and Kratom farmers, many farmers, as well as fishermen, have chosen Kratom farming overfishing and palm oil plantation due to better returns.

As more and more farmers opt for Kratom farming instead of palm oil (Indonesia is the biggest palm oil exporter in the world), the process is reversing the effects of deforestation in the region.

This is because to plant palm oil, farmers have to cut through the forests to make way for palm oil plantation. The shallow root palm oil plants are also a cause of soil erosion.

On the other hand, Kratom trees are natural parts of Southeast Asian rainforests and jungles for centuries. When farmers plant Kratom trees, they are actually adding to the forest area. Kratom trees also thrive under the shadow of bigger trees, so farmers don’t have to cut other trees to create space for Kratom trees.

To put in simple words, more and more people are now earning their living by farming Kratom in Indonesia. Kratom is now a fast-growing part of the bioproducts market, with exports from Indonesia already crossing over USD 300 million.

Other than Indonesia, some Kratom strains are also imported from Thailand (Thai Kratom), Vietnam (Vietnam Kratom), and Malaysia (Malay Kratom).

Kratom Benefits to the Local Economy

To meet the rising Kratom demand in the US, there is also a rise in the number of Kratom suppliers and importers. These suppliers are mostly in the form of Kratom brands or Kratom online vendors that employ thousands of people.

You can find hundreds of top-quality online Kratom vendors operating in the US, like Kratom-K, importing top quality Kratom from Southeast Asian Kratom farms. You can easily find all popular Kratom strains in the US, in different forms like Kratom capsules, Kratom powder, liquid Kratom, and extracts.

All these stores are employing thousands of people in the US, hence, creating job opportunities and supporting the local economy.

We are sure you now have a basic understanding of the Kratom benefits on the local as well as the global economy. Not only that, but Kratom also has an impact on the environment, especially in slowing the rate of deforestation in the region.

To put in simple words, Kratom benefits both, the economy as well as the environment. It is now becoming an integral part of the booming bioproduct global trade. If you are buying Kratom in the US, you are not only helping the local and global economy, but also the environment in Southeast Asia.

To learn more about the Kratom and related news, keep following our regularly updated Kratom blog.