A few years ago, the “Eastern herb” Kratom was introduced to the West, and since then, it has garnered immense popularity. However, long-time enthusiasts know the banning attempts that the herb went through, so what’s the update about the ban?

Rest assured, you’re at the right place because we’re going to discuss Kratom’s past, present, and future.

Despite being federal, Kratom is not allowed to be sold in a few of the US states. So before you purchase Kratom powder or Kratom capsules, take a look at the legality status mentioned below. Although the Kratom supporters are fully appreciative of this botanical herb, breaking laws is definitely a no-no. 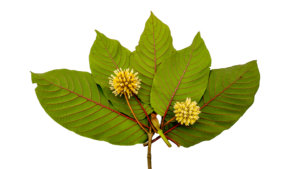 The DEA (Drug Enforcement Association) has tried to ban Kratom over the years, yet those attempts have been unsuccessful. It first started in the year 2016 when the DEA strived to categorize Kratom in the Schedule-I substances list.

However, the decision was reversed after facing severe backlash from the Kratom community and NGOs like the American Kratom Association (AKA).

Even some of the prominent lawmakers spoke against the DEA. Thus, the Kraotm ban update is that the ban that was supposed to last for an indefinite period was soon lifted in October of the same year.

This incident made Kratom the talk of the town. People who had never heard of it before tried to learn all about it. Moreover, scientists enthusiastically wanted to learn more about the exciting herb.

Another thing to note is that the US does not regulate Kratom. This means that the government does not perform quality and safety checks on Kratom products. Online vendors, such as Kratom-K, are responsible for putting their Kratom products through several quality control stages to ensure that you receive top-notch Kratom.

So the question arises that why are the DEA and FDA so adamant about banning Kratom? The reason lies in the mitragynine and 7-hydroxymitragynine alkaloids that the herb contains. Both the federal agencies do not approve of the alkaloid concentration.

Moreover, the update on the Kratom ban in March 2018 took to the worst as the FDA sent a warning to vendors that sell Kratom products. The association deemed it ‘unapproved’ although there isn’t a law against selling it.

What you read above was a bit of dark history concerning Kratom, so now let’s move onto its new status in the US. Spoiler alert, you need to meet specific rules and criteria, and only then can you purchase Kratom products easily online.

The update about the ban on Kratom is that it is illegal in a few states. Below we have listed the 6 States, so check to see if they apply to you.

For the latest Kratom ban update in these states, we don’t know how long the ban will last, but let’s be optimistic.

Moreover, states which have legalized Kratom have specified some local guidelines which you need to follow.

So above, we have broken down some rules to purchase Kratom. It might be confusing, but make sure that you’re above 18 if you want to buy Kratom. 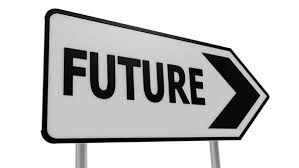 You might find that the Kratom ban has still not reached a solid decision, and it’s because of a significant reason. Scientists have not thoroughly researched about Kratom Strains; thus, it’s a bit difficult to pinpoint the basis of its ban.

This is why the DEA has not managed to convince the US government to ban Kratom. Other than 18 countries in the world, Kratom is easily available in the rest of the world.

Moreover, there are so many online Kratom vendors that have created businesses that add to the economy. They sell the most excellent Kratom products, such as Horned Maeng Da Kratom, Indo kratom, and Maeng Da Kratom.

Banning Kratom would collapse these businesses, and can have a severe impact on the Southeast Asian economy as well as the environment.

Nothing is guaranteed, but all we can do is remain hopeful of