We live in a world dominated by botanicals and one botanical that has caught the eye of millions is Kratom. So much so that almost everyone in the world is searching for information about Kratom laws!

These laws have changed over time and many Kratom enthusiasts consider them too complicated to understand. No worries though as we at Kratom K are experts in the field of Kratom and we plan to crack every case related to Kratom for our valuable customers in our detailed blog section! Today, we’re going to make laws associated with kratom simple for you.

Kratom – What Is It?

Before we dive into laws regarding Kratom, let’s talk a little about Kratom. Kratom is a botanical herb that is obtained from the Kratom trees found in the Southeast Asian regions of the world. These trees have been given the scientific name of ‘Mitragyna Speciosa’.

The leaves of these trees are known to change color as they grow mature. Hence, Kratom varieties can be found in a variety of colors and each color provides a unique alkaloid composition. These alkaloids are the primary ingredients of Kratom and are the reason for Kratom’s high demand.

Furthermore, Kratom trees that grow in different regions provide a unique alkaloid profile to the trees. This is because of varying growing conditions available in the region. This leads to the formation of interesting Kratom strains such as Bali Kratom, Vietnam Kratom, and so on.

What Are The Laws Associated With Kratom?

Now then, let’s get to the point. What are Kratom laws? Simply speaking, these are a system of rules that define the correct procedure regarding Kratom products. These laws have existed ever since Kratom became a commercial product and keep changing from time to time.

These laws define if an individual can buy, sell, or possess Kratom in a certain region amongst other things. If individuals are found breaching this law, they can be punished accordingly by the officials of the region.

Kratom’s Legality in the US:

So, what about the Kratom’s legality in the US? Does the US allow the sale of Kratom products or should Kratom buyers search elsewhere? Luckily for Kratom buyers, the US allows the buying, selling, and possession of Kratom in a majority of the US states.

There are only 6 states that have banned Kratom in the US. They were able to do so as the US has a state and federal level legal system and this allows states to make independent decisions regarding substances. These 6 states are as follows: 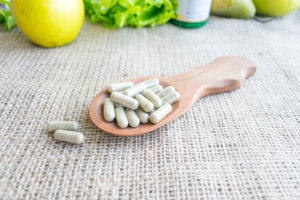 Kratom’s Legality in Other Regions of the World:

Kratom laws are largely favorable in the US but what about other regions of the world? Well, let’s just take a look at Europe for an example. Many of the world’s countries follow the US and Europe when it comes to laws regarding such substances.

Just like the US, countries in the European Union (EU) can make independent decisions regarding substances like Kratom. Therefore,