It’s surprising how a plant that no one ever talked about has now become the focus of global attention. Yes, we’re talking about Kratom. Today, millions of people buy Kratom, whereas a few decades ago, it was just a local favorite in Southeast Asian countries. Do you want to learn more about this plant? Well, we’ve got the Kratom Bible for you.

In this guide, we’ll answer all your burning questions about the herb. Let’s turn the pages of this Kratom Bible.

Where Does Kratom Come From? 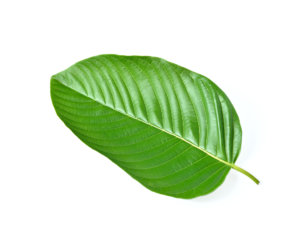 Kratom naturally grows in Southeast Asia, from where it’s exported to different countries in the world. Since the plant only recently came to the US, many people think it’s a new discovery. However, that’s not the case.

In Southeast Asian countries like Malaysia, Thailand, and Indonesia, Kratom has been popular for centuries. The local farmers grew different Kratom strains to make Kratom powder.

Kratom came into the public eye in the western world at the advent of the 21st century. That’s when some Kratom brands started their services in the US, and vendors popped up in different states.

Initially, some people thought they could grow the Kratom tree in the US and profit off it. Unfortunately, the climate in the US is not suitable for Kratom growth. The plant needs a certain level of heat and humidity readily available in the far east of Asia only.

Today, Kratom export has become a major money-maker for these countries, and the US is one of the top buyers of Kratom. 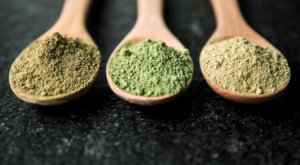 Like some other natural substances, many newbies speculate that Kratom might be illegal too. So, is Kratom legal in the US? Luckily, yes. Federally, the plant is legal, but it may not be legal in your state.

Therefore, you have to read your state laws too. In 2016, the DEA tried to ban the herb but took their decision back due to an intense public backlash. For now, there’s no threat of a federal ban on the plant, but you have to consider your state laws for Kratom purchase.

Kratom is an interesting plant, which is probably the reason for its widespread popularity. Unlike some other botanical substances, Kratom is available in different forms. 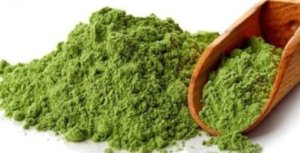 If Kratom grows on a plant, then what is Kratom powder? The Kratom tree grows up to a certain height, and the leaves change color during their lifespan. When you buy Kratom, you don’t get raw leaves.

Instead, you get their processed form. At different stages of their lives, the Kratom leaves are sent for processing to large industrial grinders. They’re crushed to form a loose Kratom powder, which is then packaged to be sold in the market.

Kratom capsules are merely Kratom powder in a shell. But why would people buy capsules if they can get the same product in powder form? Well, that’s because capsules are convenient to carry and store.

You have to store Kratom powder in airtight packaging to protect it from contamination and oxidation. In contrast, capsules already have a shell around them. You can put them anywhere without worrying about contamination.

Secondly, if you’re traveling, it’s obviously much easier to take Kratom capsules with you. Due to their popularity and ease of storage, Kratom capsules are available in all Kratom colors.

Nowadays, you can also buy Kratom extracts and Kratom liquid, as they’re much easier to carry than powder. It’s safe to say that there’s a form for every buyer’s liking and preferences. If you’re concerned about quality, make sure you buy branded Kratom.

What are the Kratom Colors?