Previously a lesser-known herb, Kratom is now popular all over the world. Thus, Kratom enthusiasts want to know, was the Kratom ban lifted? Can they buy Kratom without a worry now? If you’re wondering why these questions arose, you’re probably new to the community because veteran enthusiasts are well aware of the DEA’s attempt to ban Kratom in 2016.

Luckily, the DEA was not successful in banning the herb, but the matter got plenty of national attention. If you weren’t into Kratom back then, you wouldn’t know much about this case. So, let us fill you in.

Why is There a Threat of a Kratom Ban?

The DEA believes Kratom to be a harmful substance. Thus, they want to put it into the Schedule 1 category. Their reasoning behind this is related to the alkaloids present in the plant. They’re targeting the chemical components of Kratom to prove its harmfulness for the buyers.

However, Kratom advocates and activists also have perfectly valid reasoning for the herb’s safeness. Since Kratom is a natural substance, it’s not actively harming anyone until abused.

Both sides have their arguments, but the Kratom activists are winning for now, as the herb is legal in the country. 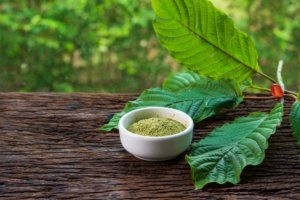 Some people believe that Kratom came to the US only a few years ago. That’s not true.

Some Kratom brands have been operating in the country since 1999. Thus, it’s safe to say that Kratom has been in the US for decades. However, back then, only a handful of the population knew about the herb.

Thus, there weren’t many people buying or selling Kratom. Since its purchase was such a low key affair, the government and relevant authorities did not notice it much.

However, by 2016, the Kratom market had boomed significantly. That’s when the DEA noticed the herb and planned to regulate it.

In 2016, the DEA decided to ban Kratom all over the US. As per this law, no one in the country would be able to buy or sell Kratom.

Effects of a Kratom Ban 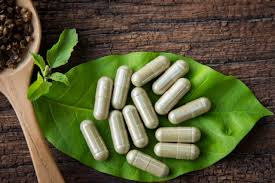 Seeing the DEA’s intentions, people from different walks of life wanted the Kratom ban lifted. First off, if this law was passed, hundreds of Kratom brands and vendors would lose their source of income.

In 2016, there were tons of head shops, online stores, brands, and smoke shops that were selling Kratom. Banning Kratom would mean taking away their source of livelihood.

Secondly, many scientific researchers are working on Kratom. They’re trying to learn more about the herb and find its different uses. However, with a ban on the Kratom tree products, they wouldn’t be able to buy samples for their studies.

Most importantly, a Kratom ban would also be a significant blow to Kratom enthusiasts all over the US. Therefore, when the DEA expressed this wish, there was an intense backlash for their intentions.

Who Opposed the Ban?

You might think that only Kratom enthusiasts opposed this ban. Actually, many people went against this decision, including researchers, lawmakers, celebrities, etc.

While some people spoke against it because they were avid Kratom buyers, others opposed this decision because of the vast unemployment a Kratom ban would cause.

In just a few weeks, the DEA’s suggestion to put a kratom ban lifted, thanks to the uproar from different sources.

Benefits of the Kratom Ban Lifted

The main benefit of this decision not being legalized was to the Kratom vendors and buyers. On the one hand, Kratom sellers could continue making their living through the herb. On the other, buyers could keep purchasing the best Kratom from their favorite sellers.

Secondly, this also benefited the people who were studying it. They could now get their hands on rare Kratom strains and Kratom powder to carry out their research without the DEA’s interference.

Kratom Legality in the US 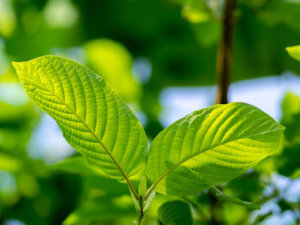 Is Kratom legal in the US? Yes, it is. On a federal level, Kratom is legal in the country. You can buy Kratom extracts, branded Kratom, liquid Kratom, or even Kratom capsules from online stores or local vape shops.

However, the legality could be different on the state level. Some states in the US have illegalized the herb while others have set an age limit on its purchase.

Thanks to the activists’ efforts, the Kratom ban lifted in most states. However, there are still many regions where people cannot buy or sell the plant.

If you want to buy Kratom safely, make sure that you check your state laws before placing an order. Online sellers don’t ship to states where the plant is illegal.

Speaking of shipping, at Kratom-K, we offer free shipping on all your