Many people in the world have made the mistake of assuming that Kava and Kratom are the same things. This assumption is false as Kratom and Kava are two entirely different plants with varying properties!

Both have a few similarities because of which they are often grouped together. However, the differences between the two are more noteworthy. Reading this article will help Kratom buyers understand the key differences between Kava and Kratom but before we start on that, let’s talk a little about the origin of both these herbs.

Learning about something’s origin can help you understand it better. What most people don’t know about Kava and Kratom is that both these herbs come from completely different regions. One is the herb of the West, and the other belongs to the East.

Kava belongs to countries in the Western Pacific region, such as Fiji, Hawaii, etc. The Kava plant belongs to the pepper family, and the botanical name given to it is ‘Piper Methysticum’. Kava is often provided at ‘Kava bars’ all over the US.

On the other hand, Kratom is obtained from the Kratom or ‘Mitragyna speciosa‘ trees found in Southeast Asian countries, such as Indonesia, Malaysia, etc. The Kratom plant belongs to the same tree family as the coffee plant. Kratom for sale is provided all over the US, except for in 6 states.

Why Do People Confuse Kratom And Kava? 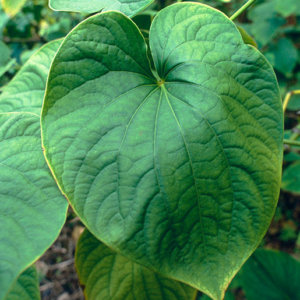 Furthermore, both Kratom and Kava have similar harvesting techniques and are provided in similar forms as well! The traditional preparation of Kava involves mixing ground Kava root with water and then steeping and straining it to make Kava tea. Kava can also be provided in the form of capsules. In the case of Kratom, the Kratom leaf is dried and ground into the form of Kratom powder. These Kratom powders can then be made into different products, such as Kratom tea, Kratom capsules, liquid Kratom extracts, etc.

Another reason Kratom and Kava are often confused is that both these herbs have a rich history and have played major roles in the traditional cultures of their regions.

The Major Differences between Kratom and Kava

Maybe they have similarities on the outside, but Kratom and Kava have entirely different ingredients! People buy Kava because of the kavalactones, 6 of which are more important than the rest of the kavalactones. Up to 15% of kavalactones are found in the roots, whereas the stems have a 5% or lesser concentration.

In Kratom’s case, people buy Kratom because of active ingredients known as alkaloids! The Kratom leaf contains up to 40 different alkaloids, and the key alkaloids in Kratom are known as mitragynine and 7-hydroxymitragynine. Different Kratom strains and Kratom colors have a varying number of alkaloids. This gives Kratom customers an extensive variety to choose from!

Apart from differences in ingredients, both these herbs have some legal differences that customers will benefit from knowing. Kava fought its legal war back in 2015, and today it’s completely legal all over the US. However, Kratom is still going through its legal war.

The Kratom withdrawal from Schedule-I intent made things easier for Kratom. Today, the all-natural Kratom herb is available all over the US except in the states of Arkansas, Alabama, Illinois, Rhode Island, Vermont, and Indiana. Other than these states, some other counties in the US have also declared Kratom illegal or have put certain restrictions on Kratom. Read our article on ‘Is Kratom legal?’ to learn more about Kratom’s legality. 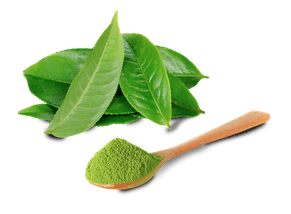 Now that you know about the similarities and differences between Kava and Kratom, why not learn about where you can buy authentic Kratom from? There may be countless Kratom vendors available in the market, but none of them provide top-quality Kratom at the prices we do at Kratom-K!

We at Kratom-K source our Kratom directly from the expert farmers in Southeast Asia and our Kratom goes through several quality checks before being provided to our customers. Furthermore, we provide coupons on our website so that our customers can avail discounts on our products! At Kratom-K, there’s something for every customer!

Make sure to visit our Kratom blog and check out interesting articles, such as ‘How to use Kratom’ and ‘Reddit Kratom’.