What is Mitragyna Speciosa

What is Mitragyna Speciosa

Before you buy Mitragyna Speciosa, we would like to provide a bit of the history and origins of kratom. There is something calming about understanding where the product comes from and how it came to be.

What is Mitragyna Speciosa?

It is a species of an evergreen tree in the coffee family, commonly known as kratom. It is commonly crushed and sold in powder or capsule form.

Southeast Asia is one of the most biologically diverse places on Earth. There are tens of thousands of plant and animal species that are native to this region. One of the main reasons for this region being so agriculturally rich is its soil composition. 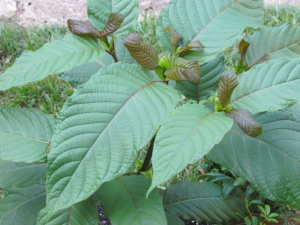 Millennia of volcanic activity has brought the deep sub-surface minerals closer to the surface, resulting in a bustling flora all year round. This coupled with the hot and humid climate, perfect for the plants to thrive due to the moisture in the air, has made the region rich in forests and dense jungles. Out of all the plants found in Southeast Asia, one is of particular importance to us. It is closely related to the coffee tree and shares several similar properties as well.

Scientifically, it is called Mitragyna Speciosa and belongs to the family of Rubiaceae. This evergreen tree is native to Southeast Asian countries of Indonesia, Malaysia, Thailand, Papua New Guinea, and Myanmar. The tree is typically 25 meters tall when fully grown and has a gray-colored bark. However, it is the leaves of that tree that are of more interest to us.

As mentioned earlier the plant is much more famous for its leaves than any other reason. For at least centuries, the leaves of the tree have been dried and processed into a powder (commonly named “Kratom”). It is extremely popular with the native people inhabiting the region. These indigenous people, mostly tribesmen, consider it as an integral part of their rich Southeast Asian culture. Their religious celebrations, cultural festivals, and social commemorations are incomplete without the Kratom. These natives had discovered the properties of this plant much earlier than its scientific discovery by the Western Culture in the first half of the 19th century. 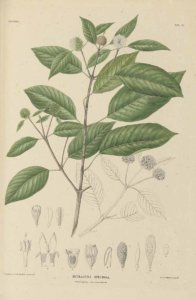 In the year 1839, the plant species was scientifically recorded for the first time by Dutch botanist Pieter Korthals who had initially named it Stephegyne Speciosa. 20 years later while studying the same tree, British naturalist George Haviland renamed it as Mitragyna Speciosa.

Haviland studied the plant in more detail and made short notes of its physical characteristics. He noted in his observations, later published in England, that the plant has several subspecies that vary from each other in physical and biological characteristics from region to region. He also noted that these variations occur naturally, however, the locals had also discovered the skillful technique of “grafting” with which they were able to produce biologically superior specimens. Over the years, they used these techniques to obtain superior quality kratom from its leaves.

What is Inside the Leaves?

The leaves of this tree are physically divided into three parts. The stem, veins, and the green part constituting the leaf. The stems bring the nutrition from the bark to the veins, which then carry the nutrients to every single cell comprising the leaf. It is the presence of alkaloids in the leaves that is of interest to Kratom enthusiasts. Mainly two types of alkaloids are present in all the leaves, Mitragynine and 7-hydroxymitragynine. The concentration of these two alkaloids determines the category of Kratom.

Life-Cycle of the Tree

The trees are considered to be evergreen, which means that they grow and shed their leaves continuously. The life-cycle of the leaves starts when they are tiny sprouts without any substantial alkaloid presence in them. As they grow bigger, their alkaloids profile changes. With the increase in the alkaloids level, the color of the veins in the leaves changes too. They start with a darker shade of green indicating that the alkaloids levels are less. In the second stage, with the increase in alkaloids volume, the veins display white colors.

Finally, when the leaves have fully aged and matured, their veins become red – indicating the highest levels of alkaloids. All three types of leaves have different characteristic properties and are high in demand all year round.

How is kratom made out of the leaves?

The process of converting the leaves into kratom powder is theoretically simple but involves several intricacies. First of all, the harvesters have to carefully select the leaves to be plucked from the trees of just the right age. This selection is based on the color of the veins, but it is easier said than done.

High up in the trees, the harvesters expertly pick the leaves so as not to damage the immature ones nearby. Thereafter, they categorize them by their size and quality, to be further taken to the next stage of the process that involves drying up the leaves. The drying is carried out in the sunlight with scheduled exposures. After the leaves are dry, they are relentlessly crushed through a milling process. The fine powder that is obtained at the end of the milling process is the final product that is known as “kratom”.

Depending on the subspecies of the parent trees, the kratom is also categorized into various types. These types are more commonly known as “kratom strains”. The main difference between these stains is their alkaloi