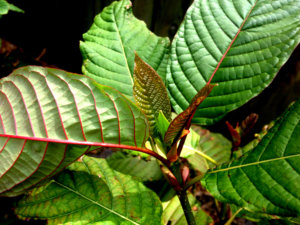 Red Vein Kratom is a herbal product that is extracted from the leaves of Mitragyna Speciosa trees. The tree is native to Southeast Asian countries and commonly found there but it is hard to grow in other regions in the world for two primary reasons. Firstly, the hot and humid climate of Southeast Asia is particularly well-suited for the Kratom trees. The weather conditions are just perfect for these trees to thrive. Secondly, the nutrient-rich soil of that region acts as a catalyst contributing to the accelerated growth of the kratom trees. However, there are subtle variations in both the climatic conditions and soil composition from one region to another in Southeast Asia. These little variations as regards to humidity, temperature, daylight timings, water salinity, and annual rain average have helped evolve the kratom trees from one geographical place to another. These natural variations are more commonly referred to as “ kratom strains”. The kratom strains are usually named after the region they come from. Such as Indo kratom, Bali kratom, and Sumatra kratom. However, there is another classification of Kratom as well that is based on the color of the vein in leaves, examples of which would be Green, White, and Red vein Kratom.

Different Varieties of Kratom Based on Vein Color

If you look closely at a leaf of Kratom, you will notice a central vein running through it. This vein can be of three colors. Red, White, or Green. This difference in color is not based on the type of the Kratom strain, but rather on the age of the leaf itself. 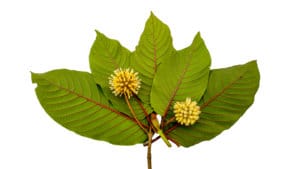 Out of all the three varieties of Kratom, it is the Red vein Kratom that is always the highest in demand. This kratom is so popular that it is sold more than both the White veined kratom and Green veined kratom combined. With the highest concentrations of alkaloids within its molecular structure, it owes its ‘rock star’ popularity to the impressive alkaloid profile.

The two most common types of alkaloids in the red vein kratom, like all other kratom varieties, are mitragynine and 7-hydroxy mitragynine that makes up almost 70% of total alkaloids in the leaf by volume. Apart from these two, there are other alkaloids that make up its internal structure, such as Speciogynine, Mitraphylline, Isomitraphylline, Speciophylline, Rhynchophylline, and Corynoxine A and B, etc. All of these combine in different combinations and quantities in the various red strains, to make things more interesting for the Kratom connoisseurs.