Kratom plant is the latest botanical herb that has become all the rage in the US and the European part of the world. With all the talk going on, you might have decided to buy Kratom to find out what the fuss is all about after all.

But wait. Have you thought about the mysteries around the origin of this unique herb, and what makes it different from other plants? Do you know enough about the Kratom plant to distinguish it from other herbs?

Before you go out to buy Kratom, you should know a bit about the different aspects of the Kratom tree, so you know what to look for.

What is Kratom Plant?

Kratom comes from the Kratom tree, also called Mitragyna Speciosa, a part of the ‘Rubiaceae’ family in the Plant Kingdom. The herb is commonly known as Kratom, but in some parts of Asia, it is also called thang, ketum, and biak-biak.

In fact, in rural Indonesia, Kratom trees are even called money trees, due to the inflow of dollars from the US and other European countries. 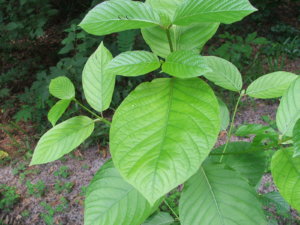 In the last two decades, this psychoactive herb has gained unmatched popularity in the US. The main reason behind its cult following is the presence of alkaloids in Kratom leaves. They give the Kratom plant characteristic properties, which make it different from other plants and herbs.

Kratom leaves grow on the 1-100 feet tall Kratom trees with straight trunks and grey bark that grow all year round. The leaves are larger as compared to the common ones, with a glossy or waxy appearance and an ovate-acuminate shape.

They can be different shades of green, and the flowering seasons bring new life to the tree with yellow clusters of around 120 florets. When the seeds disperse from the Kratom plant, they start degrading quickly, which decreases the germination rate.

Since Kratom is an evergreen tree, it does not shed its leaves in the winters. 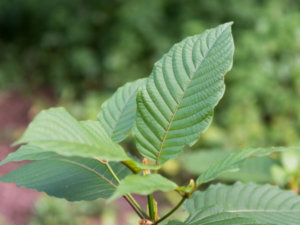 If you are thinking about where it all started, you will find the history of the Kratom plant to be quite interesting. It was first revealed when the Dutch colonized Southeast Asian countries, including Indonesia and Malaysia.

The diverse varieties of flora and fauna in Southeast Asia attracted European naturalists who started their exploration. It was Pieter Korthals, a botanist, who first discovered Kratom in the region. He named the plant “Stephegyne Speciosa”, which was later changed to “Mitragyna Speciosa” by a British naturalist.

Even though the naturalists discovered Kratom at the end of the 18th century, it gained popularity in the West only around the 20th century. Before that, most people had no idea what Kratom was.

Kratom Plant is native to Southeast Asian countries, mainly found in Indonesian, Malaysia, Vietnam, and Thailand. The US sources its Kratom from Southeast Asia, which mostly imports it in powdered form, which can later be modified.

As Indonesian farmers have been growing Kratom for centuries, most of the information on Kratom is gathered from Indonesia. In Indonesia, Mount Kinabulu is a popular growing place of Kratom, and the farmers export it around the world. Other Indonesian islands, such as Borneo Island, also have known Kratom farms.

The farmers in Indonesia also produce blends such as Bali Kratom and Maeng Da Kratom. In fact, most of the Kratom strains come from Indonesia. The country also exports 95% of the total Kratom exported to other parts of the world.

The plant is mostly available for purchase in powdered form, produced by grinding and drying its leaves. The principal component of the leaves is active alkaloids, which include 7-hydroxymitragynine and Mitragynine.

The farmers use the traditional method of handpicking to harvest leaves from the plant. They are highly skilled to pluck the leaves at the right time, which is the secret behind the large Kratom varieties.

The Kratom leaves are dried indoors and outdoors before they are ground into a powder. However, the herb is also available in the form of Kratom capsules and Kratom liquid extracts.

Kratom strains are given different names based on their origin and veins divided by colors red, white, and green. Green Vein Kratom is the youngest, followed by the balanced White Vein Kratom, and the most mature Red Vein Kratom.